The Bible Shows That Faith
Holds the Top Podium
Then Comes Knowledge! 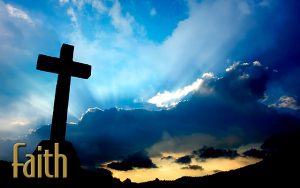 My readers will notice that I published some articles and Youtube videos, in which I hold forth Apologetic Bible teachings.

Dr. William Lane Craig, probably the foremost and most respected Apologist in our time, points to evidence of many kinds. He offers step-by-step explanations on Jesus’ resurrection from the dead, and a number of striking scientific facts on the Universe and its marvelous layout, including the Millimeter Fine-Tuning of the vast Universe, its complexity, all for to show to us that God is for real and that He created it all.

About the same thing can be said of Lee Strobel…only, unlike Craig, he came from a position of having been a sworn Atheist, with a sinful godless lifestyle, before he repented to Christ after having studied science – which convinced him of God as the Creator. He was a known editor and journalist in Chicago Tribune in the 80-ties. He came to faith in Jesus via the studies mentioned, and from there he developed a Christian ministry holding lectures, writing books and making a film.

And all of this is all fine, it is really fabulous that one can learn that God exist and is the Creator of all, by reading scientific literature learning of the Universe and DNA-science.

Still, I like to come up with a reminder on faith – not to advise against knowledge – but to simply point out the fact that there is a way to make contact with God and Christ, without first having to go through knowledge in science etc. – Bible calls it FAITH! Pure, simple and true.

If you for example search up Lee Strobel’s video on Youtube called “The Case For Christ” (a film based on Strobel’s life and conversion), we will learn that it was his wife who first found her way to God and faith in Christ. Without any scientific studies, on the contrary: She lived with a husband that propagated Atheism privately and in public! Think of it.

She went with a friend to Christian meetings in a church, and heard of Jesus Who died for her sins and Who would save her for eternity if she BELIEVED on Him for salvation. And so she did! Lee Strobel was shocked entirely the night she came home from the meeting, and dropped the bomb on him!

Lee Strobel’s wife actually went that way which God points out as the first thing to do: Faith!

This is just my way of pointing out to the reader that the ideal way of salvation is to get RIGHT INTO THE FAITH IN CHRIST. No long detours and wearying scientific studies necessarily. You don’t have to go like Thomas did: “Unless I can put my finger into His wounds, I refuse to believe that He is risen!”

We all notice that Thomas was not refused such evidence. He got to see Jesus risen and he put his finger into His wounds and was convinced, no more doubts.

But this kind of faith is counted as secondary and not primary.

Listen to what Jesus said to him:

John 20:29: “…because you have seen Me, you now believe. Blessed are THOSE WHO DO NOT SEE, AND YET THEY BELIEVE.”

From this we must understand that he who believe without first having seen any physical evidence, are attested by the Lord as a believer who is specially blessed (happy, confident, jubilant), compared to the one who first had to have physical evidence and gets that.

I am confident that Thomas, even as he was saved in his faith, still and nevertheless understood that he had talked and acted improper before the Lord, by demanding such evidence.

But I do not think that the reader must not seek evidence/knowledge and study such material. I only meant to point to a Biblical fact, that it is FAITH which sits on the Top Podium, not knowledge.

But in this world we find people who are having trouble in just plainly take to faith at the first hearing of the Gospel. No matter how skilled and fired up the evangelist may be. They refuse to believe without first having a chance to get some proof. They call the Bible for a book of fables, fairytales and fiction, and often one seem to notice with such attitudes much hatred underneath, against the God they say they do not believe on.

If a person will not believe, then he often will shut out all things that try to communicate God to him, and nothing can help such a sinner.

I sincerely do hope that such is not the case regarding the reader.

In our time, now as science has managed to pick up on knowledge which has been available to them in the Bible all these years, not the least the creation of the Universe, it is okay to use such knowledge to dismiss the utter nonsense coming from Atheistic camps. Saying ‘there is no God’ is outdated long time ago.

We now find more and more Atheists turning away from Atheism, and coming to FAITH in God as the Creator, leading also to the faith in Christ as God’s Son. Lee Strobel is listing a number of such former Atheists in his video, most of them famous men and women in USA and abroad, who turned against their own writings, now saying, There is a God and Creator, and He is the One Who set in motion the Big-Bang, creating the Universe from out of nothing! We were wrong, they say.

By the way, and finally, He Who together with His Father created all things and laid out the Universe as we find it, is soon coming back to earth. The whole world will see Him and shall hear Him and obey Him! 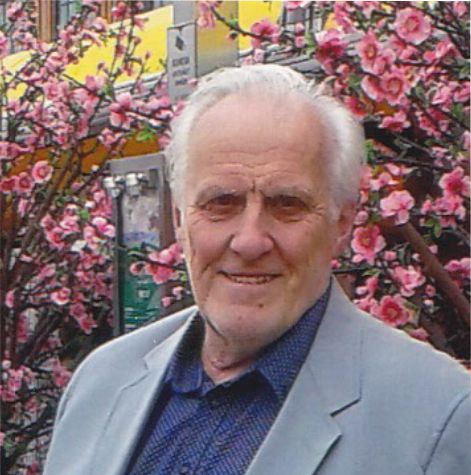